Mushoku Tensei Episode 8 was one of the most outstanding episodes in the anime series so far. As the episode unfolded, the story edged towards disaster. Throughout the episode, Rudy’s 10th birthday was the dominant theme though it turned out to be a turning point. 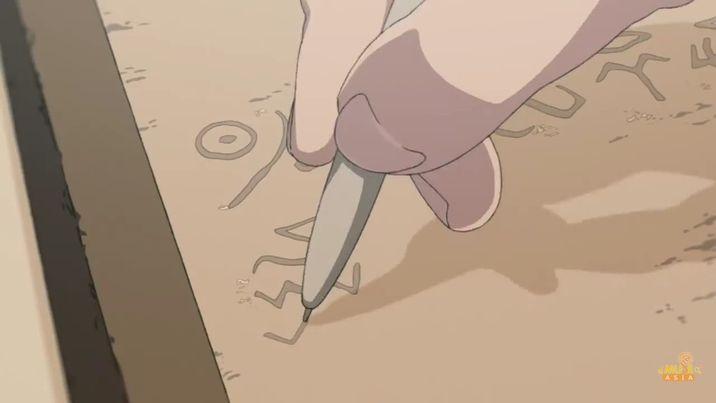 As the episode starts, Rudy is busy studying the Beast God Language. Seeing the beautiful view of Roa, he sees Eris and the maids acting suspiciously, like they are trying to conceal something. He found out that Eris and the others had planned a birthday surprise for him but he accidentally found out. The day of his birthday came and everyone was acting suspiciously that made it very obvious for Rudeus that what they are planning to do during that time. 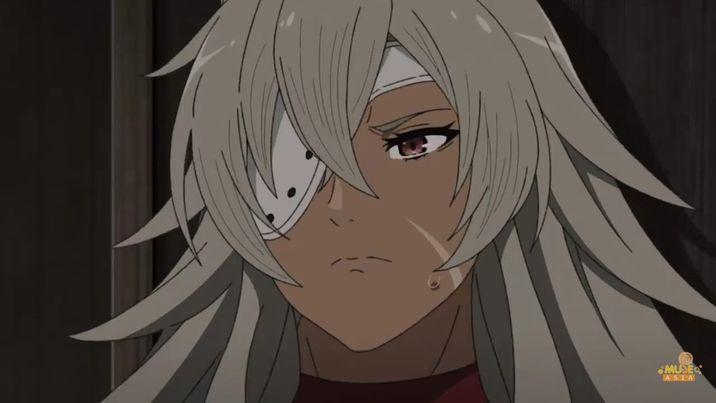 Ghyslaine is desperately trying to distract Rudeus, but the smart and clever Rudeus thought of using this as an opportunity and showed Ghyslaine the figure of her that he made. while looking at the figure she noticed that the tail was missing and curiously asked Rudues why there was no tail and the perv*rted Rudeus kicked in, making a reason that he just didn’t know how it worked and asked if he may see the roots of her tail and without hesitation, the innocent Ghyslaine agreed and got outsmarted by Rudeus.

Rudy’s birthday was celebrated. A powerful magic staff/wand made with the rarest materials in the world was given to Rudy by Eris. He asked if his family was coming; Eris gave a sad look and responded that they couldn’t come due to the monsters getting active lately. Rudy sighed and wept, thanking everyone for treating him like their family. Rudy came back to his room and saw Eris sitting on his bed. 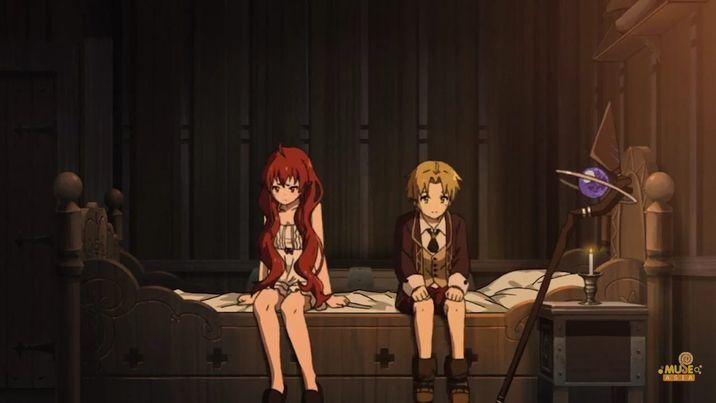 This is the best part. It was a surprise to Eris when Rudy kissed her. Rudy felt like doing other stuff with Eris. Eris promised to do so, but with one condition: only a little. Getting a little too interested, Rudy started digging in. Eris gave him a hmph stare and left the room shouting “ I said only a little!” “. Oh Rudy you messed up…

When Rudy was regretting, Eris came back and asked him to wait for 5 years, then they can do it. 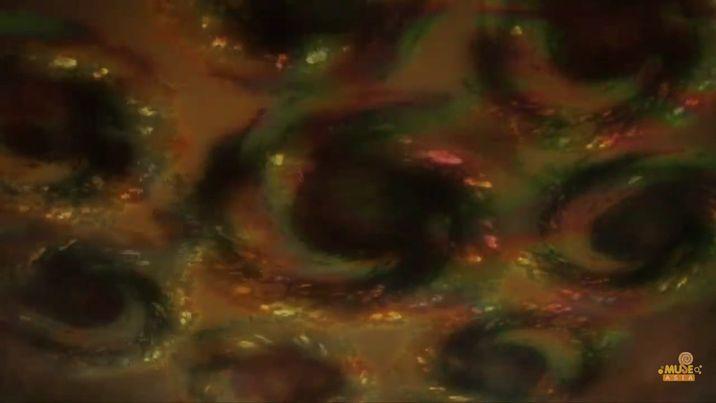 A strange sky formation appeared as the episode was on its way out making the people worried. Rudy and others were tested for strength at the spot when strange sky formations appeared. Suddenly, a guy dressed in a white mask and robe appeared out of nowhere and attacked Ghyslaine. Ghyslaine explained that they were not responsible, therefore the guy left. Suddenly the sky went clear, and a big light appeared with an explosion sound, Rudy and Eris tried to flee, but they were caught in the beam of light. The episode ended there, leaving many unanswered questions!

Many manga and light novel readers are saying that this is actually the start of “Real” mushoku tensei and the story will begin to progress and is only going to get better from this point onwards.

We Bring You The Latest Anime, Manhua And Manga News. Founded on Jan 23, 2020 we Are Currently In Expansion Phase.